The best safari parks in Kenya are considered some of the ultimate wildlife viewing destinations in Africa. The country’s location in the east of the continent combines the best of everything—superb game reserves, wildlife areas, a stunning coastline and vibrant cities.

The biodiversity in Kenya is magical. There isn’t a place on earth that affords visitors such wonderful insight into a country’s fauna and flora as this East African destination does. The country boasts 25,000 different animal species, with the Maasai Mara National Reserve home to a vast portion of these. Visitors can expect to spot the Big Five, along with large herds of zebra, giraffe, buffalo, gazelle, and wildebeest, and of course, stealthy predators at their heels.

The Mara and Talek rivers host crocodiles and hippos, while the acacia woodlands shelter over 450 bird species of the 1,100 found in the country. Furthermore, Samburu National Park is said to be the home of two endemic species found in the north of Kenya only. These are grevy’s zebra and the reticulated giraffe.

On the Kenyan Coast, the abundance of marine life is awe-inspiring, with beautiful coral reefs, dozens of species of fish, and three species of sea turtles on its shores. Further afield, travellers may spot a whale shark and Manta Rays while snorkelling or diving.

Wild Safari Guide has narrowed the best safari parks in Kenya down to these five excellent choices.

Are you ready to plan your safari to Kenya?

Click here to see all the best safari parks in Kenya

Home to one of the most phenomenal natural spectacles on the planet, the Maasai Mara National Reserve stretches over 1,510 square kilometres of the Kenyan landscape. The reserve forms part of the Mara-Serengeti ecosystem with the Serengeti National Park in Tanzania forming the southern border and pastoral ranches from the Maasai laying to the east, west and north. Apart from the countless wildebeest and zebras, the reserve also teems with predators like lions, cheetahs and leopards.

The millions of wildebeest in the Maasai Mara National Reserve are undoubtedly the main characters in the wildlife display that is the Great Migration. The spectacular circular trek in one of the best safari parks in Kenya also bustles with other species like Grant’s zebra, Thomson’s gazelle, topi common eland and the characteristic Maasai giraffe.

The sky above the reserve is filled with more than 470 bird species. Close to 60 are raptors like the long-crested eagle and the African pygmy-falcon. The reserve is the ideal spot for game drives, hot air balloon excursions, photographic and birdlife safaris and to get aquatinted with the Maasai way of life during a cultural experience.

Image by Matt Dirksen: Hyena in the Maasai Mara 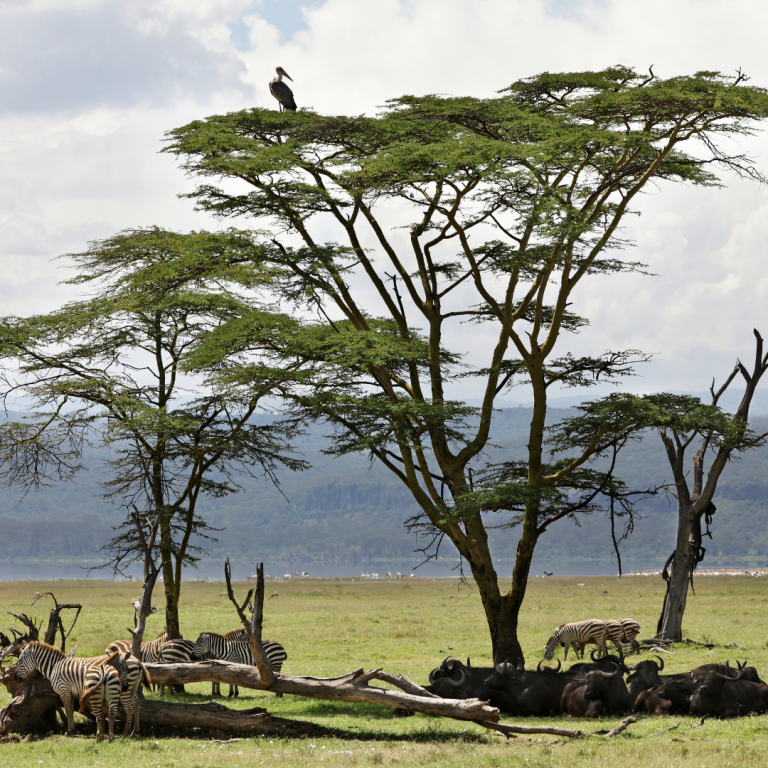 Lake Nakuru remains one of Kenya’s most popular destinations for its remarkable natural scenes. Surrounding the shallow lake is the national park, defined by grasslands and wooded areas. There’s a prevalence of both black and white rhino in the area, with the park containing the world’s highest concentration of black rhino. This park is fenced off to provide a natural sanctuary for both species of rhino.

Visitors descend upon Lake Nakuru to see the flocks of flamboyant flamingoes and critically endangered black rhino. In addition to these popular protagonists, the park also has over 50 species of mammals and 400 species of bird. Guided game drives take visitors close to the shores of Lake Nakuru to enjoy an unforgettable wildlife experience. Birding is big with privately guided birding tours within the park that can be arranged.

Malindi Marine National Park is a true tropical paradise, endowed with glass-like waters and palm-lined beaches and most certainly counts as one of the best safari parks in Kenya. This protected marine park hugs a stretch of 213 kilometres of coastline north of Mombasa and provides an idyllic tropical paradise fringing warm Indian Ocean waters.

Malindi Marine National Park boasts an underwater world home to rare coral gardens, sea turtles, dolphins and bold colour fish. The beaches are not the only areas worthy of exploring – there are mangrove swamps, dense coastal forests and lagoons connected to this stretch of coast.

Marine and bird life govern the wildlife sightings in Malindi. In the reserve, visitors can enjoy recreational snorkelling and scuba diving expeditions to find green sea turtles, mako sharks, and whale sharks. Guided birding walks into the forests fringing the coast can be arranged. Glass-bottom boats introduce visitors to the rich world beneath the surface of this marine national park. 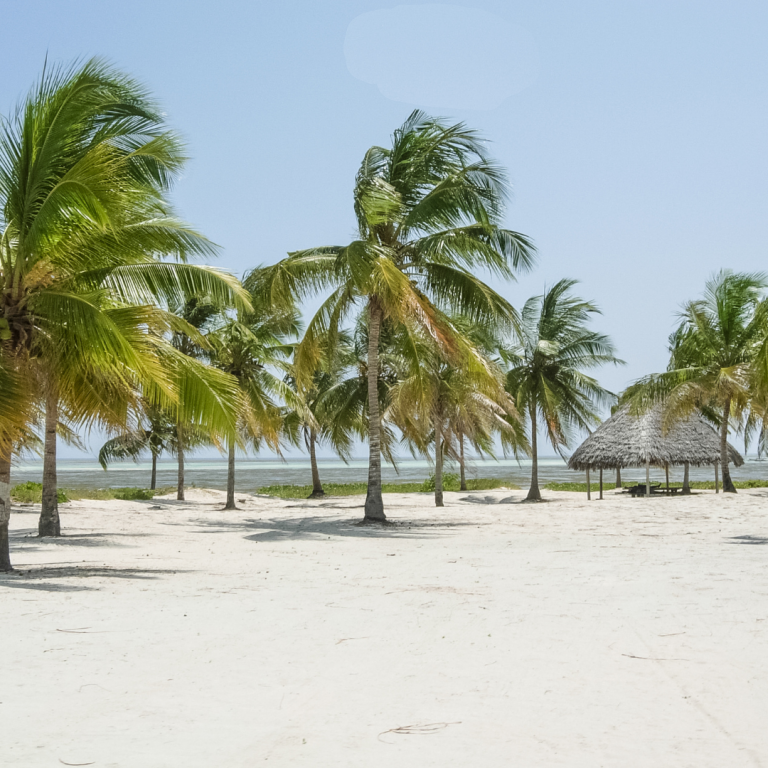 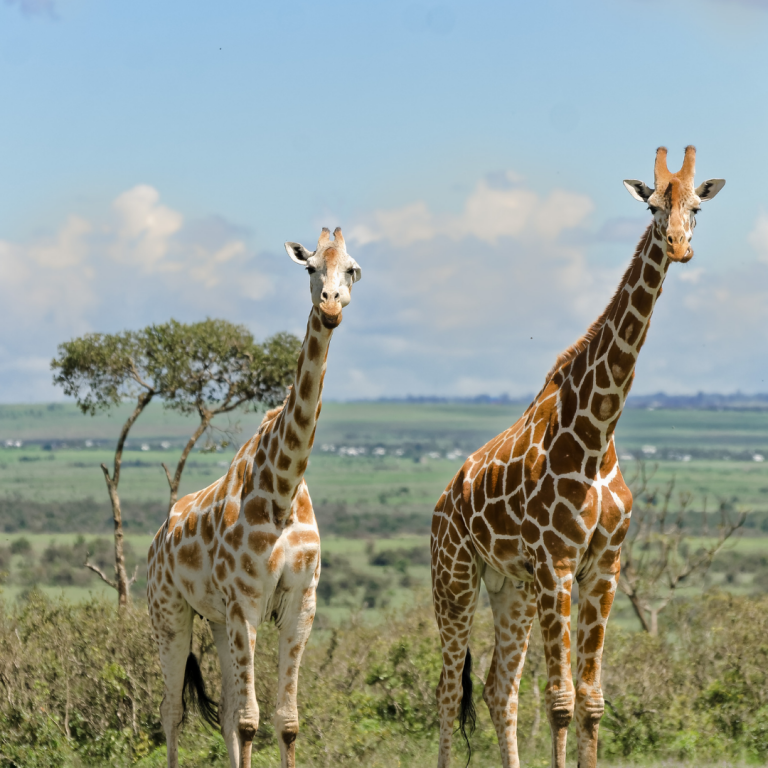 The preserved and protected Aberdare National Park forms part of the Aberdare Mountain range in central Kenya. The park covers 766 square kilometres in its entirety and is only 100 kilometres away from the bold capital of Nairobi.

250 species of bird can be found in the national park. Most notably, visitors should look out for the endangered Aberdare cisticola. Goshawks, sparrowhawks, and sunbirds thrive in this habitat and abundant sightings of these species have been recorded.

There are many tourist activities within the park, the most popular being the educational and informative guided game drives. Visitors fit enough to hike can explore the tops of the mountains and observe some of Africa’s most awe-inspiring waterfalls. Fishing is yet another activity that’s possible from the Chania River.

Samburu National Reserve is worth mentioning as one of the best safari parks in Kenya. The area is defined by two mountains, the Ewaso River that flows from the highlands, and a combination of acacia, dense forests, and grassland vegetation.

Resident wildlife includes over 900 elephants, the Grevy’s zebra, oryx, and reticulated giraffes. Furthermore, all three of the Big Cats call the reserve home, as well as Cape buffalo and hippos. In recent years, a black rhinoceros population has been reintroduced into the park. For the birdlife enthusiasts, there are over 350 different species found in the park.

The many camps within the reserve offer activities such as safari game drives, rafting on the river, walking safaris which are great for getting up close and personal with Africa, and camel rides. Guests can also enjoy bush breakfasts on the river, or step back in time as they walk among the Samburu people and gain incredible insight in their way of life. 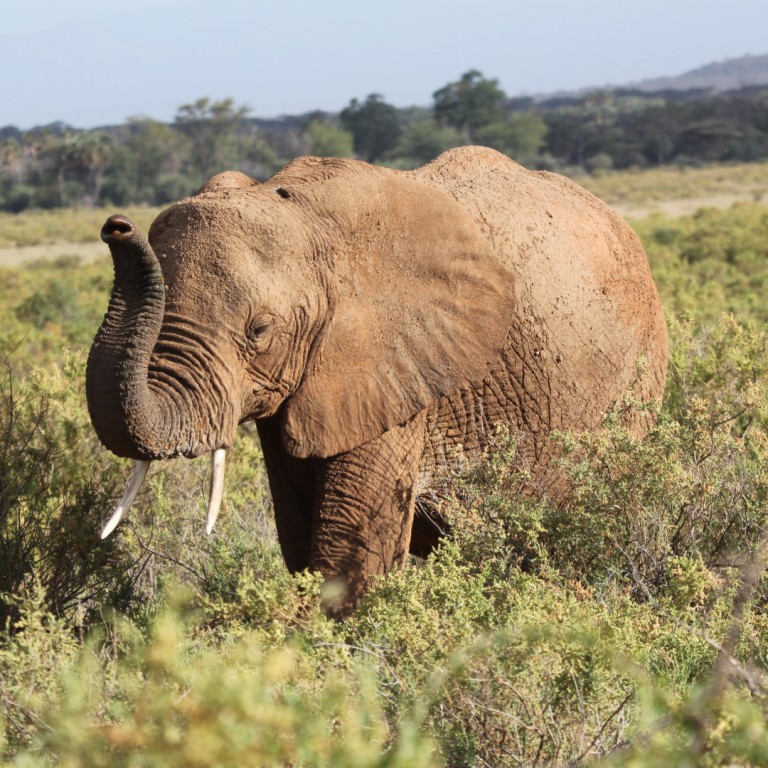