Some of the best safari parks in Rwanda—the land of a thousand hills—are known for spectacular scenery and unique wildlife. The country offers an explosion of cultural experiences and plenty of opportunities for those seeking wildlife.

The best safari parks in Rwanda offer opportunities to see a large variety of species, but the major attraction is undoubtedly the Mountain Gorillas. Other wildlife to see in the country includes the endangered golden monkey, chimpanzee, zebra, leopard, hippo and giraffe. Approximately 10% of the country is classified as Important Birding Areas, which makes Rwanda a top destination for birders, with just under 700 bird species to tick off the list.

Some of the major protected areas worth visiting are Akagera, Volcanoes, and Nyungwe National Parks. Volcanoes National Park is the destination for gorilla tracking but also offers various hiking trails, caving adventures, and of course birding.

Wild Safari Guide has narrowed the best safari parks in Rwanda down to these three excellent choices.

Are you ready to plan your safari to Rwanda?

Click here to see all the best safari parks in Rwanda

A visit to the Volcanoes National Park and partaking in a classic gorilla trekking expedition is truly a once-in-a-lifetime safari experience. Spanning 160 square kilometres in the northwest of Rwanda, one of the best safari parks in Rwanda is a wildlife haven like no other.

Initially called into existence by the mountain gorilla in a small area, today the park is distinguished by lush rainforests with five of the eight volcanoes in the Virunga Mountains occupying swaths of land. It forms part of the Virunga conservation region that stretches into the Democratic Republic of the Congo (Virunga National Park) and Uganda (Mgahinga National Park).

Apart from the imposing mountain gorillas, Volcanoes National Park is also home to a great variety of mammals, including the golden monkey and countless bird, reptile, and insect species. 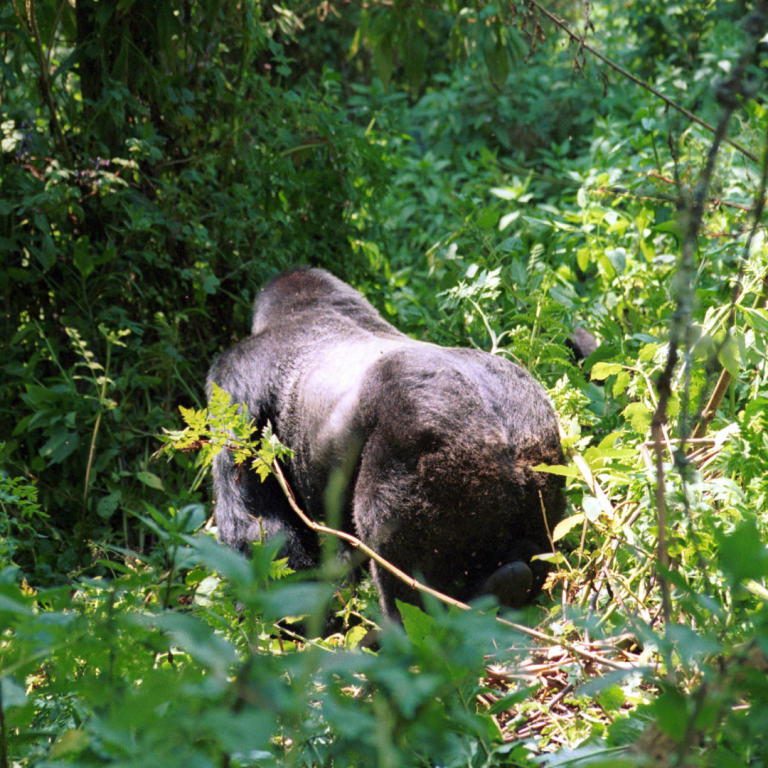 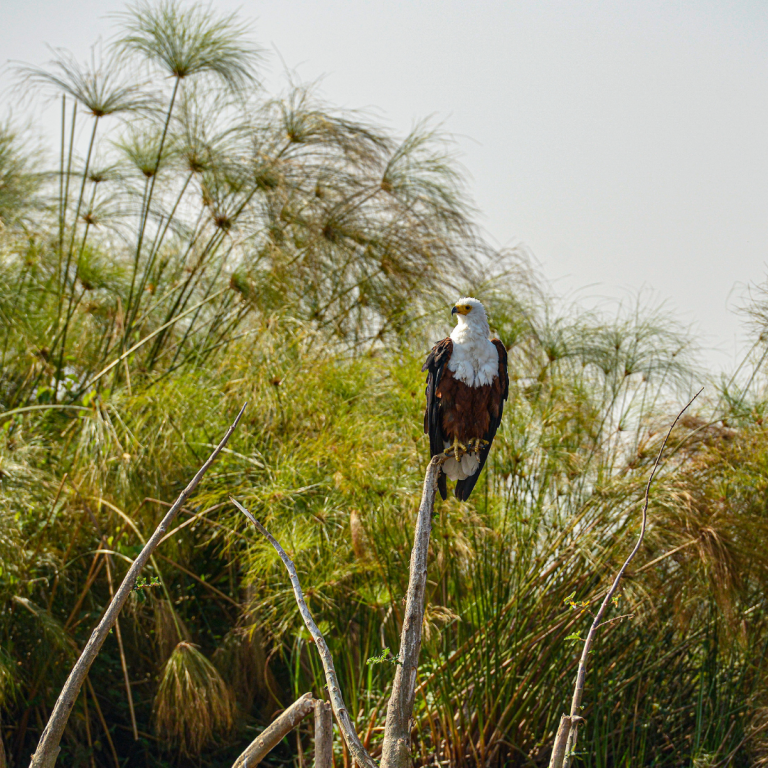 Image by OscarEspinosa: African fish eagle sitting in a tree

Encompassing 1,120 square kilometres of protected land, the Akagera National Park is an ambitious conservation area in eastern Rwanda. Straddling the border of Tanzania, this park is Central Africa’s largest protected wetland area, and is home to a wide variety of ungulates and big game.

The geography of the national park is unique. Short grasses on the savannah plains extend their way to rolling green hills and swathes of woodlands. Swampy papyrus floodplains surround the mosaic of lakes located around Kagera River—where the park derives its namesake.

Previously degraded by warfare and poaching, Akagera is now restored to its former glory after successful conservation initiatives to re-introduce the big five and other species into the park. The watery domain of the south of the park provides the ideal habitat for hippos and crocodiles, best spotted while out on a boat safari. The national park is now brimming with wildlife sightings.

Although Gishwati Mukura National Park is relatively new, it already counts as one of the best safari parks in Rwanda. Located in the west of the country, the park consists of the Gishwati and Mukura forests that form a very important wildlife corridor with rich biodiversity.

Visitors to Gishwati Mukura National Park can marvel at the antics of several primate species including a group of habituated chimpanzees, black and white colobus monkeys, baboons, and golden monkeys. Other creatures like bushbuck, black-fronted duiker, river hogs, and tree hyraxes can also be encountered.

The park has become a birding destination of note with hundreds of species like the old world warbler, mountain yellow warbler, and white-headed woodhoopoe to be spotted. Reptiles like forest frogs, toads, chameleons, and bush vipers add a special touch.