The Lukwika-Lumesule and Msanjesi Game Reserve form part of the traditional migratory routes of the Selous-Niassa wildlife corridor. The elephant range in this area is of vital importance, and this reserve is one of the major routes for scores of these grey giants to cross over from Tanzania into Mozambique.

The 400 square kilometre reserves are separated from Mozambique’s Niassa by the Ruvuma River, the crossing point for elephants and big game such as buffalo. In these waters, there are also hippos and crocodiles. Safari-goers will delight at the spectacle of species wading across the bordering river of this seasonal reserve/s.

Predominantly thickets of Miombo woodland and impassable riparian verdure, the vegetation of the area is tricky to navigate. Because it’s such a raw and untamed area, there are no roads in the area. The only way to take in the wonders of the area is on foot, following one of the many well-trodden bush trails.

Safari-goers would need to make sure they visit the area during the short window when the reserve is open. For most of the year, the reserves are closed.

Located in the hinterlands of Nanyumbu District within the Mtwara Region, the entrance to the reserves are located a mere 2,5 kilometres from Mpombe village. The areas are separate but considered part of the same reserve. Charter flights from Dar es Salaam to these regions are possible.

There are significant numbers of Lichtenstein’s hartebeest in the area, which make up for most of the antelope sightings in the reserves. In addition to hartebeest, there are bushbuck duiker, kudu, eland and small concentrations of Peter’s oribi.

This corridor of vegetation also provides the perfect habitat for predators such as the African wild dog, lion, hyena, and leopard. The abundance of smaller mammals is the perfect prey source for predators in the area. Crocodile, hippos, and buffalo are also spotted in the reserves.

The corridor protects the waterbirds and other birdlife of the region. The presence of the river attracts waterfowl and waders, one of which is the migratory white stork. In total, there are about 370 birds in the area, some of which are migratory.

There is no tourism in the Lukwika-Lumesule and Msanjesi Game Reserve during July and December, and the reserve is officially closed during the wet season which occurs most of the year. The only time to visit the reserve is during June.

Because it’s such a remote and inaccessible destination, open only for a short period of the year, there are no set scheduled safari activities available. However, this is half the appeal of visiting the area. These two small game reserves form part of a wildlife migration corridor and hold great appeal for intrepid adventurers seeking to go where others haven’t.

Gnarled bush paths weave their way through the reserve, which provides the only real way of exploring the terrain. It’s recommended that visitors hire a local guide or someone with knowledge of the region to conduct walking safaris.

There is a 4WD road circling the periphery of the reserves, which is the only effective way of seeing the game from a vehicle. There is only a trickle of die-hard tourists that explore this region, mainly for photographic and conservation purposes. Visitors will need permission from the Masai warden before entering these tiny reserves.

Visitors are allowed to camp within the reserve, but only when it’s open to the public. Campers have to be completely self-sufficient. Everything from water to tents and gear needs to be brought with. There are Meru-style tents, with a mess tent and facilities, set-up for those that have signed up for private safari experiences. 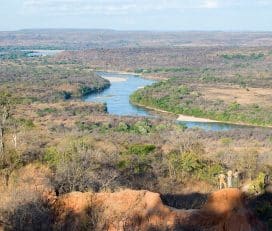 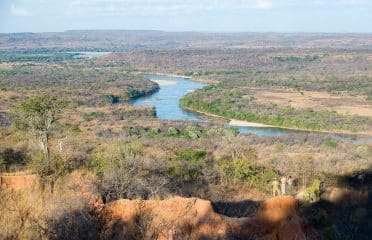