Carpets of colour during flower season

For approximately two months every year, the arid landscape of Namaqua National Park in the Northern Cape Province of South Africa transforms seemingly overnight. From August to September, thousands upon thousands of tourists stream here to witness the carpets of wildflowers in full colour display.

When the predominantly orange and yellow shades of the Skilpad section of the park gets too much, you can head to the coastline where glistening blue waters add a striking contrast to even more flowering plant species. Here you can find shades of purple and pink amongst others.

More than 1000 of Namaqualand’s estimated 3500 plant species occur nowhere else on earth, but the park is not only about flowers. It is also home to a moving dune system at the coastal section stretching approximately 20km from the Bitter River mouth to the Spoeg River. Below the sand lies fossils and other archeological material dating back to the Stone Age and as the sand moves, new finds are constantly being uncovered.

Q Can I walk around and explore the flowers during flower season?

There are two short trails to walk to get closer to the flowers in the Skilpad section of the park. It is important to stay off the flowers to prevent them from being trampled.

Q Is there a shop and fuel facilities available in the park?

Springbok (87km from the park) is a large town with fuel facilities and shops for major supplies. Alternatively, there is a fuel station in Kamieskroon, and a few small shops for supplies.

Q Am I allowed to fly my drone in the park to capture the beauty of the flowers?

Unfortunately no drones are allowed in any national parks, but you are encouraged to take lots of photos with your camera or cellphone.

Q What can I expect from the flower camps?

Life in the mobile tented camp is luxurious and you can expect five star service. Meals are delectable and takes place over three courses. Morning coffee and rusks greet you before breakfast, ideal to enjoy in the beautiful scenery. These camps only take place during flower season, and at least two nights are recommended.

The park is not a wildlife destination and many historic species are no longer around. However, species such as baboons, common duiker, steenbok, bat-eared fox, black-backed jackal, caracal, klipspringer, Cape fox, and aardvark still occur in the park. Antelope species such as gemsbok and red hartebeest are seen. The park is home to the Namaqua speckled padloper, the smallest tortoise in the world.

The best time to visit is of course during the flower season. The amount of flowers depends on the rain in winter, and warm winds can cause the flowers to diminish quickly. The average annual rainfall is 340mm per year in the Skilpad section of the park. There is no malaria in the region

If you visit the park outside the flower season you can go for a hike, walk on the beach or have a picnic at one of the picnic sites. The caracal eco 4x4 trail is one of the main attractions and allows you to experience the wide range of habitats the park has to offer, everything from mountain passes to coastline.

Overnight options in the park include chalets in the main rest camp, a guest cottage accessible with 4x4 only, and rustic camping on the seashore at one of the camping sites. For just one month every year, you can stay at the Namaqua Flowers Beach camp or the Skilpad camp, temporary luxury tented camps during flower season. Early bookings are essential. 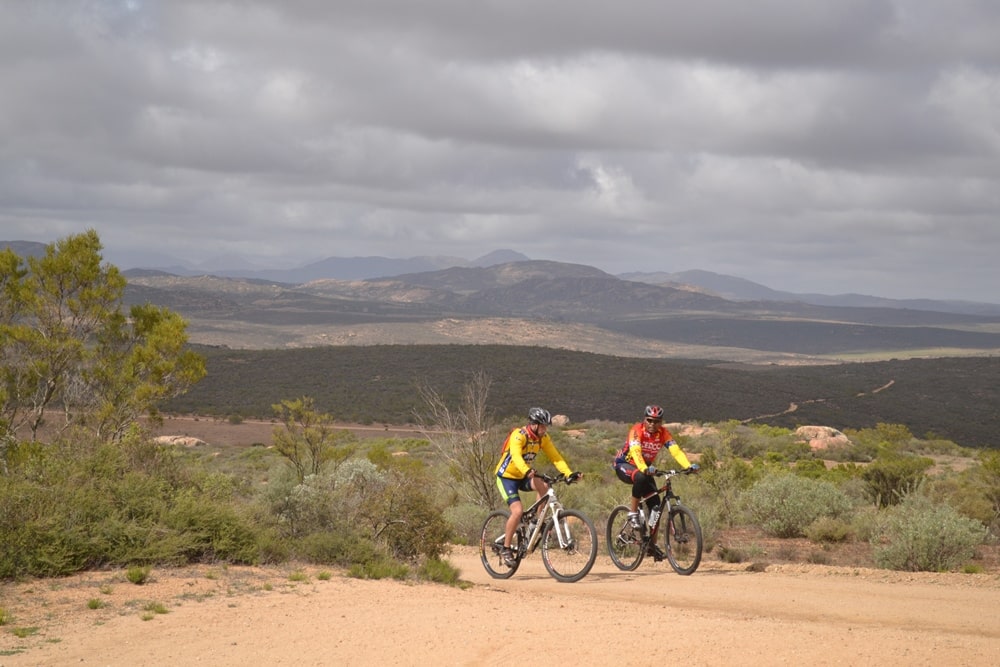 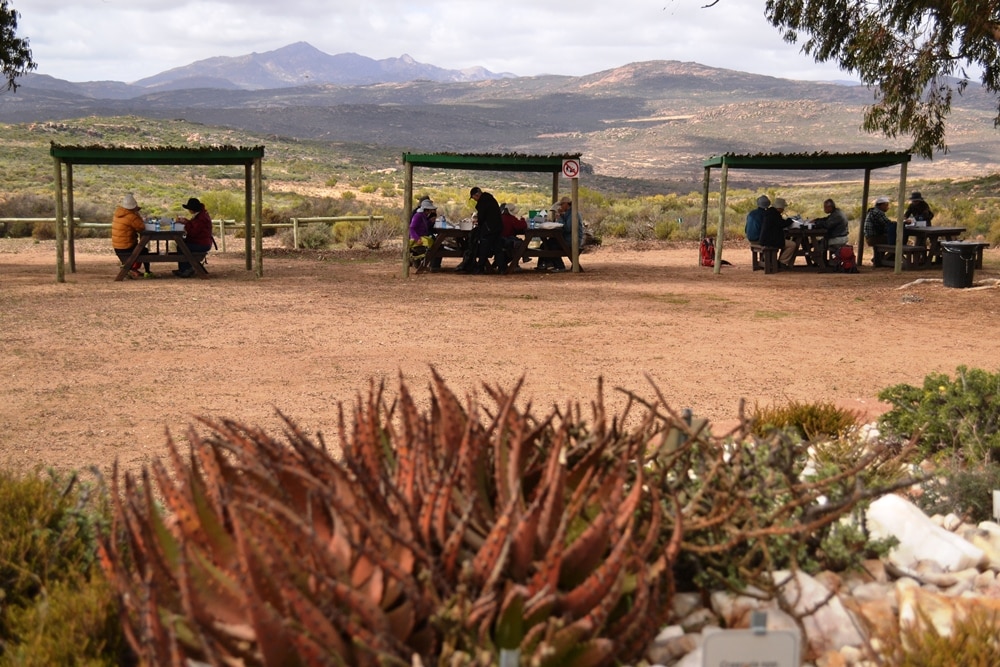 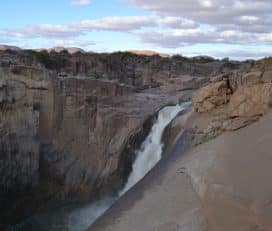 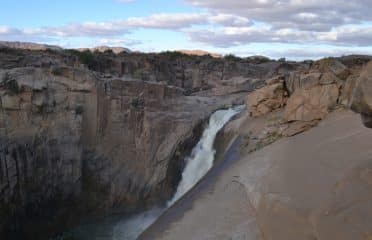