Defined by hilly grassland and escarpment, as well as pristine sandy beaches, rocky coves, natural bays, rugged hills, and lush valleys that run deep in the interior, Nsumbu National Park provides an unsurpassed natural paradise for an abundance of wildlife that has slowly moved back into the park after a few decades. Additionally, the Lufubu River carves its way through the National Park and pours into Lake Tanganyika.

Nsumbu National Park, also known as Sumbu, was almost completely abandoned between 1980 and 1990 when poaching depleted the wildlife that occurred here. Over the decades, conditions have improved, and today, there is a diverse range of wildlife species present. Safari-goers can expect to spot roan, sable, eland, hartebeest, buffalo, and zebras, while elephants, lions, and leopards are seen occasionally. Around the beaches, bushbuck, warthogs, and puku make their presence known, while this side of Lake Tanganyika teems with crocodiles and hippos—meaning swimming is off the agenda.

Other wildlife species that occur in the Park include the spotted hyena, the side-striped jackal, servals, impalas, waterbuck, and reedbuck. The Park is home to prolific birdlife and attracts many migrants from the East Africa and Southern African regions. Of these migrants species, the flamingo is probably the most spectacular. Other common species found around the Lake include the grey-headed gull, lesser black-backed gull, the African skimmer, and of the ubiquitous fish eagle.

The most popular time to visit Nsumbu National Park is during the wet season—from November to April—when the Park is on top form. Safari-goers can expect to see some stunning sights, from perennial waterfalls visible from Lake Tanganyika to a large number of migrant bird species. During the dry season—from July to October—there is a higher density of wildlife along the lakeshores. However, most lodges only offer walking safaris during this season.

One of Nsumbu National Park’s biggest drawcards is sports fishing on Lake Tanganyika. Avid anglers can expect a top-notch fishing experience with the likes of Nile perch, tigerfish, and golden perch. Sports fishing combined with a game viewing safari provides a unique outdoor experience in Africa. Safari-goers staying at one of the lodges can book excellent outdoor activities. These include guided game drives, walking safaris, overnight trails, canoeing, and boating safaris.

Guided game drives in the National Park offer the opportunity to spot notable wildlife such as crocodiles, hippos, warthogs, zebras, spotted hyenas, and occasionally lions, leopards, and elephants. For the more intrepid traveller, a walking safari leads to a forested waterfall and sightings of various wildlife including monkeys, waterbucks, hippos, and elephants.

Safari-goers will find a variety of accommodation options both within Nsumbu National Park and around it. Options range from lodges and camps to chalets and all-inclusive accommodation establishments. Modern amenities are found at most, adding the comforts of home to an unforgettable outdoor experience. 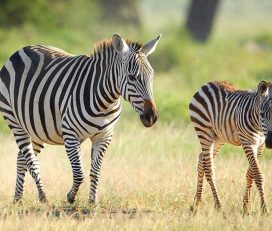 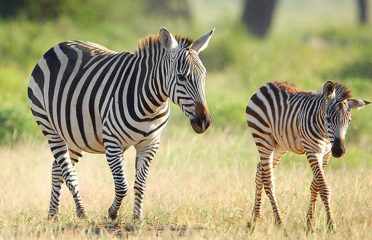