Ruaha National park is the largest in Tanzania covering an area of 20,226 square kilometres and is also the largest protected area in east Africa. It is located in south-central Tanzania and because of its size, Ruaha is in a unique position to be able to continue as it has always been.  An untouched, pristine eco-system, which in today’s world is not only something rare but also special.

Many seasoned safari-goers regard Ruaha to be the most rewarding of all East African game reserves. Not only due it is wildlife but because of the authentic wilderness feel and incredible features in the terrain. One such feature is where the name of the park is derived from. The Great Ruaha River, which flows along its southeastern margin and is an obvious focus for game-viewing especially in the dry season.

In the rainy season, it is green and lush, and with full-flowing rivers. Many lodges close during this time however as roads become impassable and wildlife viewing low. At the end of the wet season, the park erupts with flowers of colours making the seasonal variations, also a wonder to witness.

The park can be reached by car on a dirt road from Iringa and there are two airstrips – Msembe airstrip at Msembe (park headquarters), and Jongomeru Airstrip, near the Jongomeru Ranger Post.

Safaris to Ruaha National Park usually start from Dar es Salaam, and your point of entry for the country will be Julius Nyerere International Airport (DAR). In most cases, your tour operator will pick you up from the airport and handle all further transportation.

Safaris to Ruaha usually start from Dar es Salaam, and your point of entry for the country will be Julius Nyerere International Airport (DAR). In most cases, your tour operator will pick you up from the airport and handle all further transportation.
The drive to Ruaha from Dar es Salaam takes about 10 hours, and a lot of it is on a dusty, bumpy road. Many people traveling to Ruaha make a stopover at Mikumi NP. From Mikumi, the distance to Ruaha is about 320km/200mi, and the drive takes roughly five hours.
The easier way to get to Ruaha is by chartered or scheduled flight from Dar es Salaam to the park's airstrip. There are also flights connecting all parks of the southern circuit safari.
In this case, flights will leave from the airstrip in Selous or Mikumi. Flights from Arusha town, the base for the northern safari circuit, are also available. Coastal Aviation also offers direct scheduled flights between Serengeti NP and Ruaha NP.

Remote Ruaha National Park is an unspoiled wilderness famed for its large number of elephants. In fact, aside from rhino, all major safari animals are present in good numbers. Even large prides of lion exist here, sometimes counting more than 20 individuals at a time. With 10% of the global population of lions living in Ruaha, the predators are never far away

One of the park's key attractions are the wild dogs. There are only a handful of places where these charismatic animals are easily observed, this being one of the best. Ruaha is also home to the largest population of greater kudu in East Africa. Other rare antelope species that can be seen here include lesser kudu, roan and sable antelope. These species are rare or absent in northern Tanzania adding a further wildlife draw card to this wildlife rich area.

Ruaha's great diversity of birds is due to its location. Between the acacia savannah of East Africa and the miombo woodland belt of southern Africa provides for perfect breeding areas. The park has a checklist of an impressive 574 birds. The crested barbet – whose persistent trilling is a characteristic sound of the southern bush – occurs in Ruaha. Alongside central Tanzanian such as the yellow-collared lovebird and ashy starling. Migratory birds are present from November to April.

Travellers will truly be spoilt when embarking on any safari in this area.

The middle and end of the Dry season (from June to October) is the best time for wildlife viewing in the park. Wildlife is easier to spot because vegetation is thinner and animals gather around predictable water sources. The male greater kudu is most visible in June, the breeding season. The best time to see wild dog is during their denning season, from June to August.

The birdlife in Ruaha is good year-round, but at its best from November to April. Migratory birds from Europe and northern Africa are present. At this time, many resident bird species are nesting and are in breeding plumage.

Antimalarial medication is recommended for Ruaha. It is also advisable that you apply mosquito repellent and wear long-sleeved clothing during evening hours. Contact your local doctor or health clinic regarding vaccinations required before your trip.

Walking with an experienced and skilled guide gives one a unique perspective of their surroundings, whilst the more common guided drive will definitely not disappoint either.

A different spin on that guided drive is a night drive.  It's a perfect way of experiencing the nocturnal animals including big cats that tend to be more active at night.

Further into the night, with no light pollution and incredibly clear skies, star gazing is another way to enhance the safari.

There are various sites for picnicking allowing for a unique meal setting, and probably the most unique would be ballooning.

Through Ballooning safaris, tourists will get an opportunity to experience flying at treetop height. A unique perspective and great photographic opportunities of the wildlife below.

There are basic tourist cottages just outside the park, located close to the park Headquarters. These are ideal for families, small groups of friends.  Restaurant services are available to all tourists staying in cottages with affordable price; however self catering service in family cottages is available.

The rest houses are similar to the cottages but smaller in size. These are also located at the park Headquarters.

Tourist Bandas are also available, and give one a very rustic but up close and personal wildlife experience because of their location. Right on the banks of the Ruaha river, one cant get closer to the action! 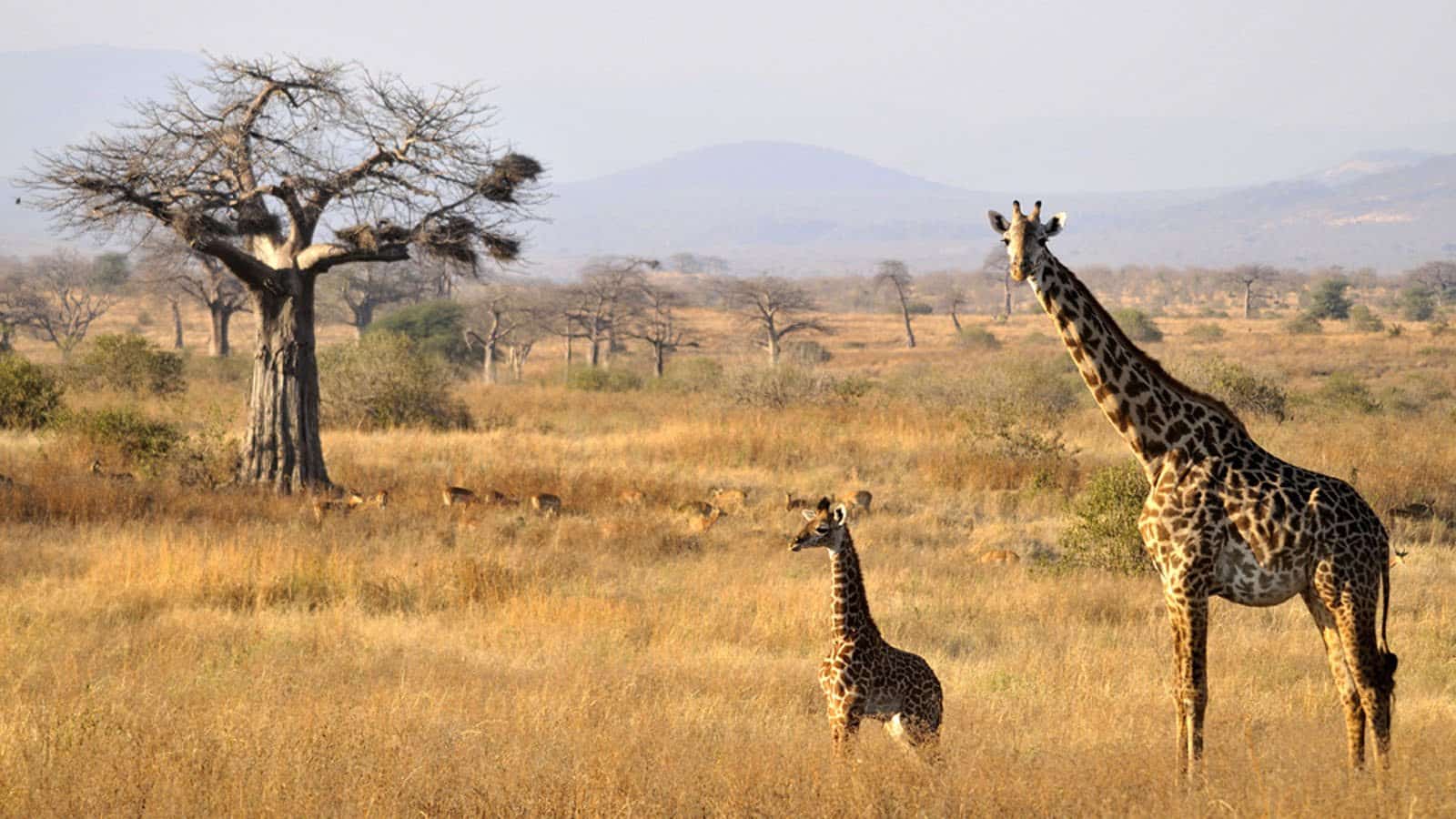 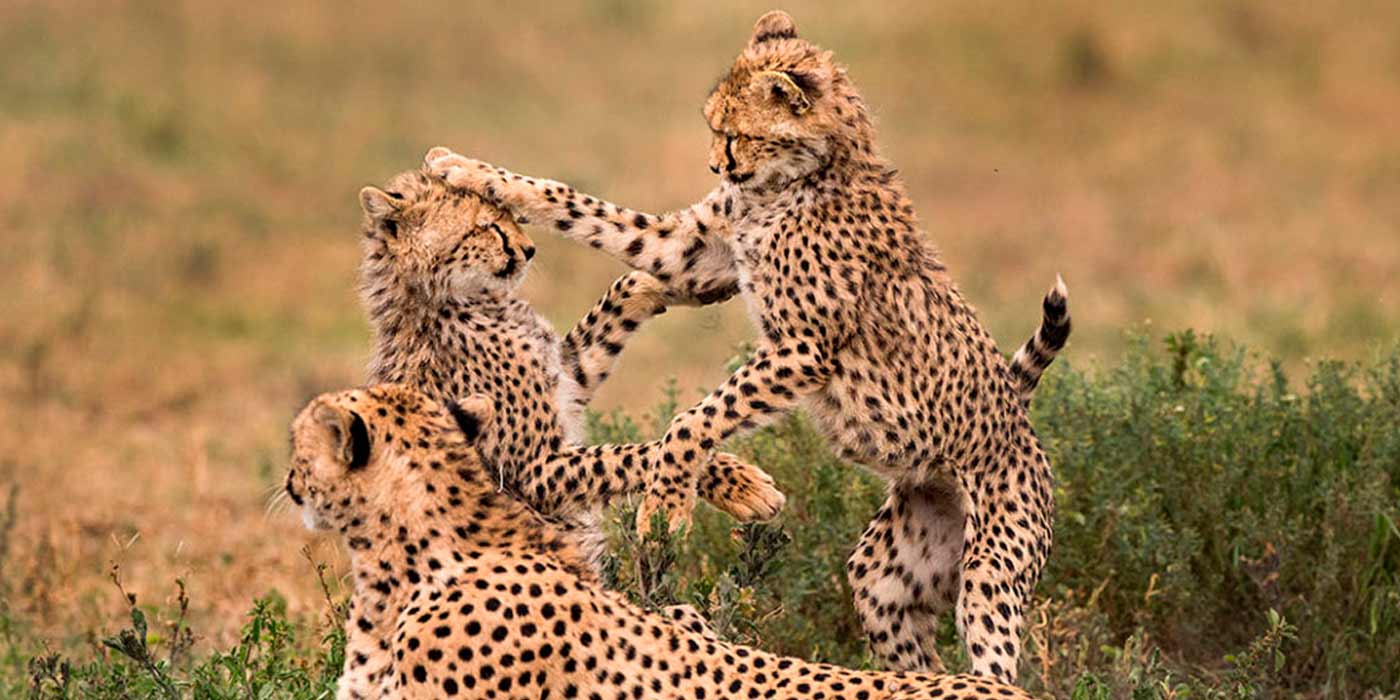 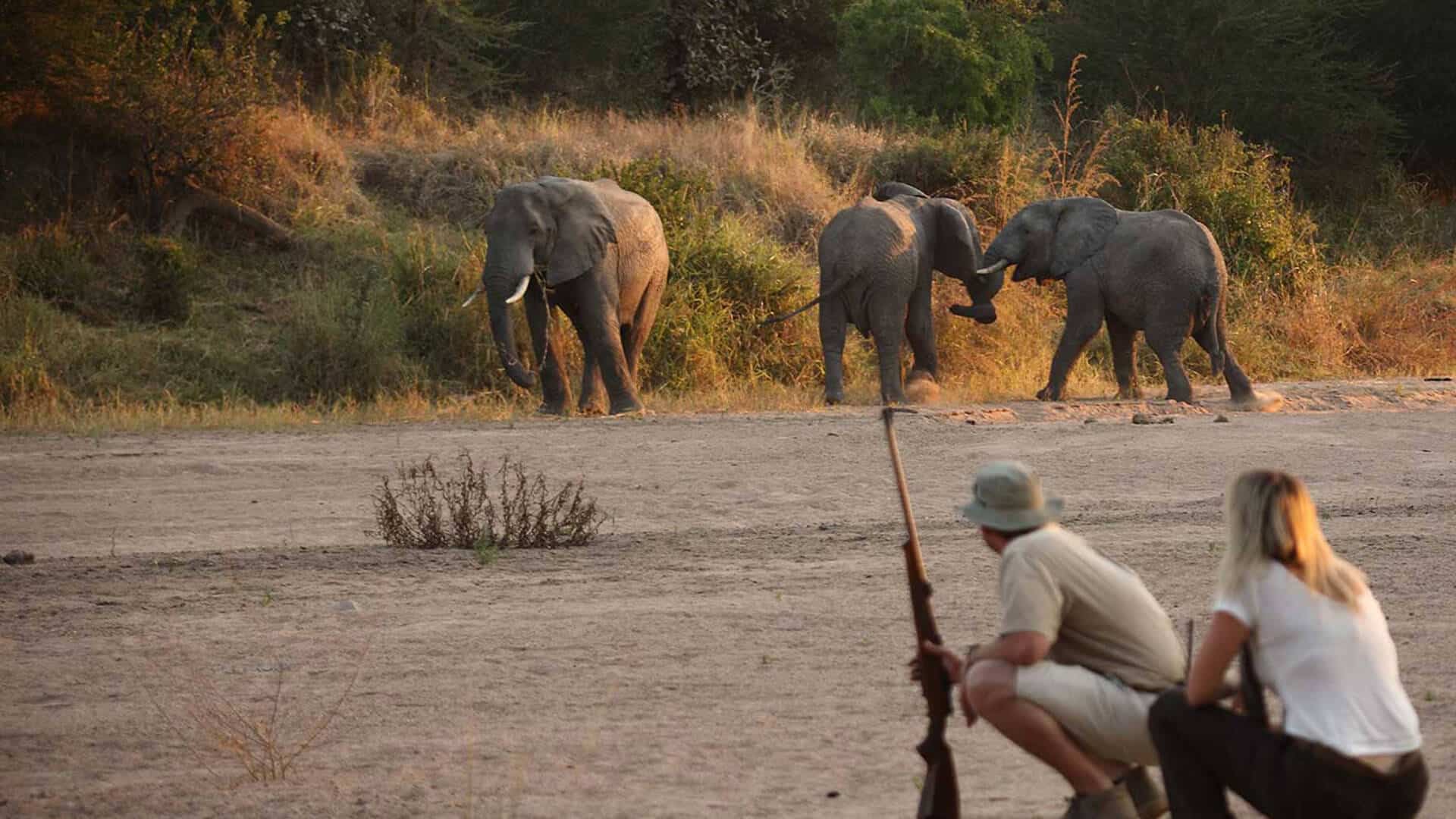 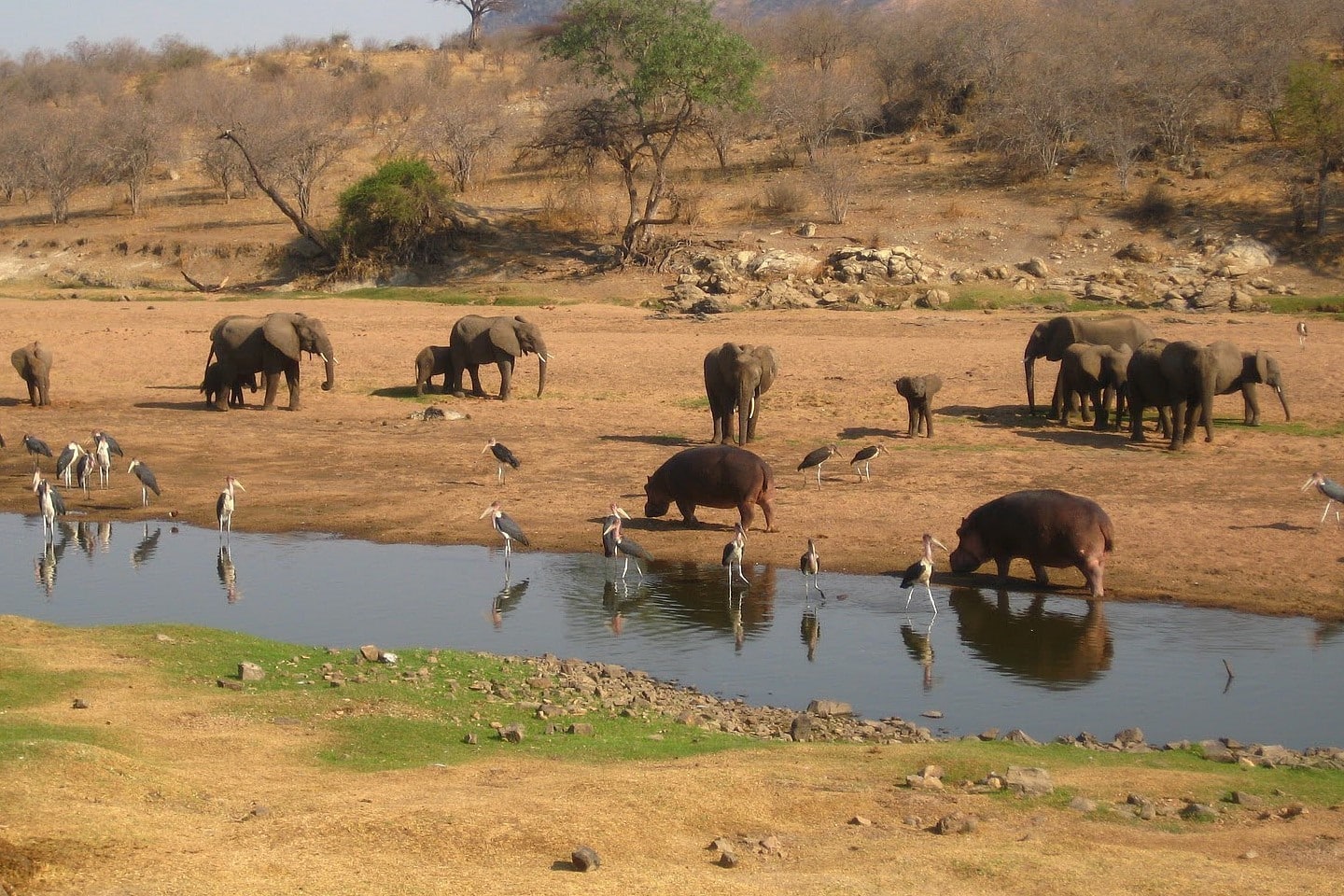 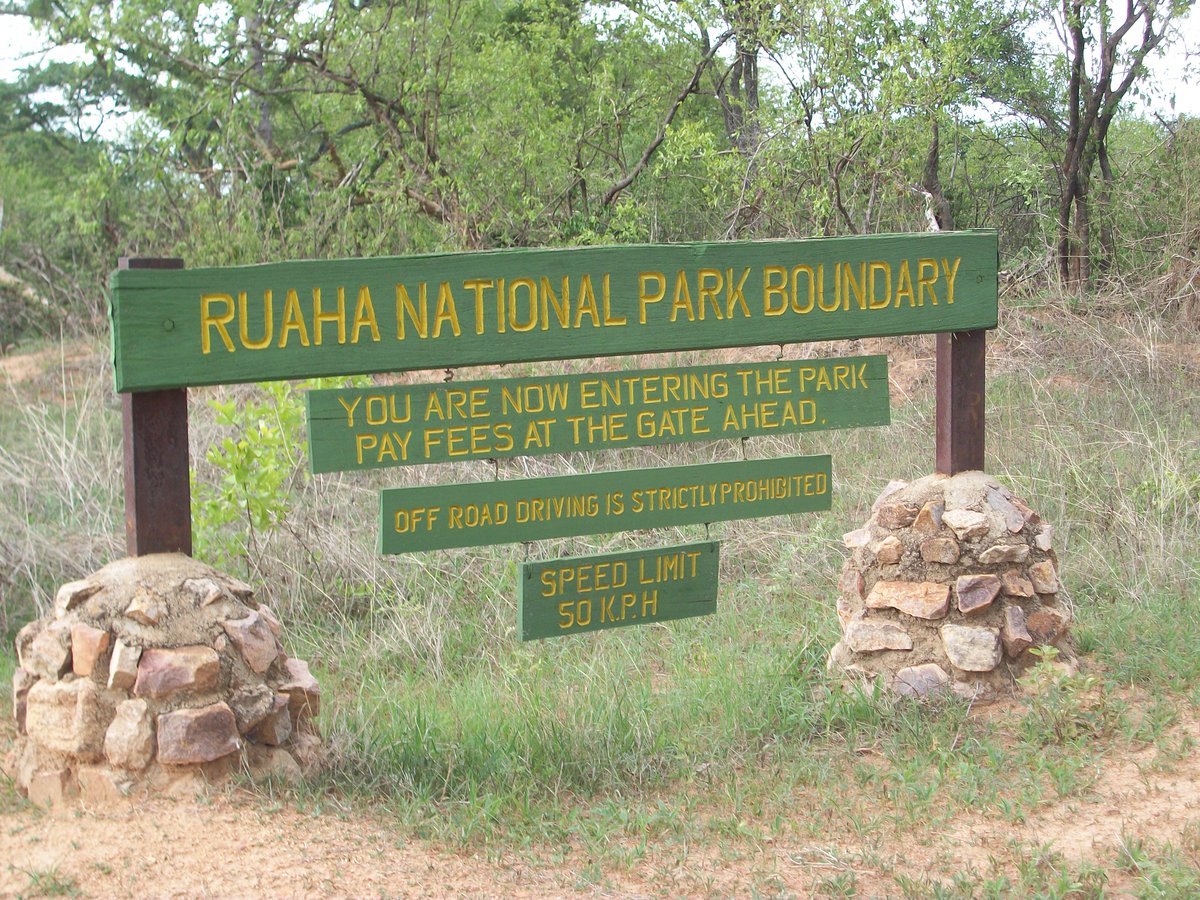 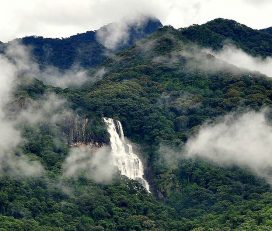 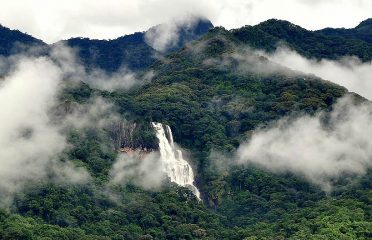